HO HO HO!!  It’s Christmas Seasons everywhere… and guess what, I received an invitation from Judy aka lemonjude, that she mummy Gwen and mummy moon will be having a little meeting in Mid Valley on the 17 December 2009, asking if I am interested.

Me, being a person who don’t reject happy gathering, will surely make it, and was looking forward for this gathering since received the email.

We are supposed to meet at 11am in Kenny Rogers’ Mid Valley, and being me, again, I was late… and I left the house only at 11am coz I have to dig Princess up from her nap!  Hai, bad habit, has to improve on this soon.. coz every time I am sure the last to arrived (I used to be the earliest when I am ‘alone’).  So paiseh that the 3 mummies were there already when I arrived.

I just don’t understand, Mid Valley is forever so packed up in the car park, and I have to spend at least 15 minutes to locate a parking lot (I will have another post on this) and when I got mine, got to Kenny Rogers, and ordered a little platter as I am still feeling full on my breakfast.

The kids were already having their good time, with Ving Yan, Terry and Gwen each having their portion of food.. and Ving Yan do leaves me with one good memory of her being so friendly.. She keep asking why Princess is not smiling, and she was so concern of where Princess should be seated.  Very nice girl..

After food, we went to the Ground Flour, Centre Court where the Santa photo session is held.  We have to queue for our turn with Santa, while Mummy Moon and Judy went and get the tickets for this session.. It cost RM10 which include a print out of the photo, a balloon and also a little gift.  The kids even got a cloak and hat during the session.

Let’s share some pix moment of the photo session… 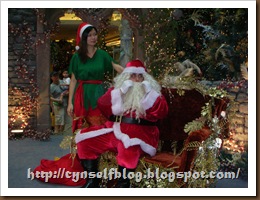 The Santa and Rina 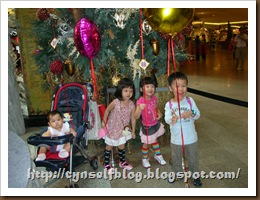 After which we proceed to the Boulevard Hotel for some gift exchange session, and having the kids got some time to run around too.. Princess was just have to be seated on the stroller seeing all the kor kor and cheh cheh play.. :p 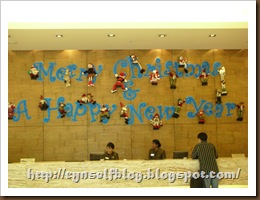 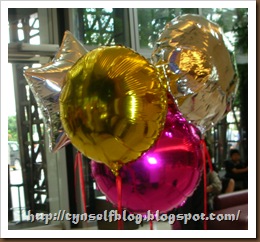 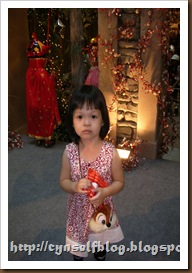 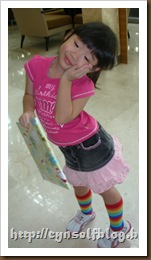 It’s nice meeting with 3 mummies and their kids.. just that we did not have any mummies photos instead and just got 1 which have everyone in Mummy Gwen’s blog.

After which, we proceed to the amusement park in the children floor, and I take this chance to do some shopping.. of course the queue was LONG!  By the time the 3 kids finish with their games, I only manage to finish my payment. 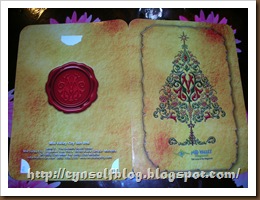 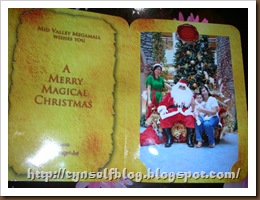 Thanks for visiting my blog and leaving me comments.. I really appreciate all your visits!