From my Part 1, you know that Disney will be coming up with new programs.. but you didn’t know what we have enjoyed that night right?

Let me show you this… 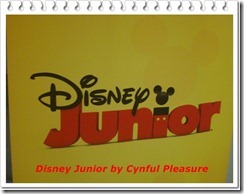 The banner that welcomes me.. 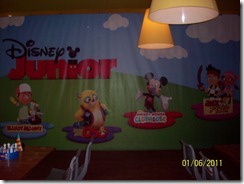 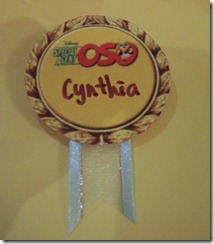 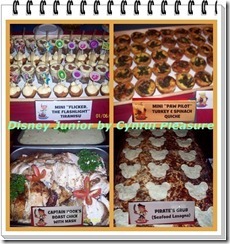 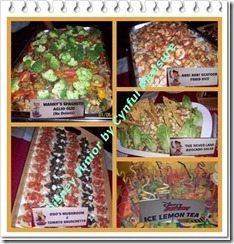 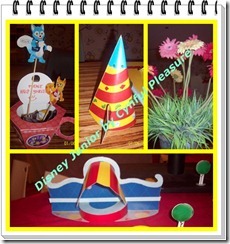 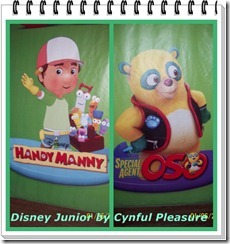 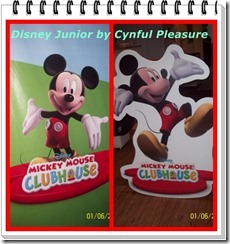 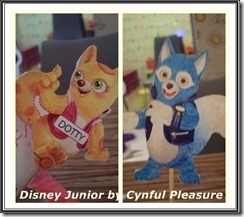 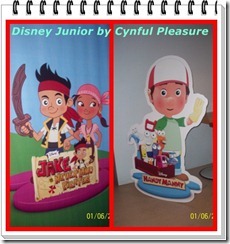 The deco(s) with all Disney Junior Characters! 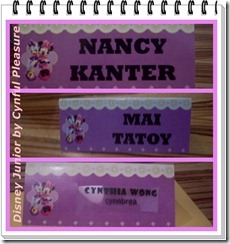 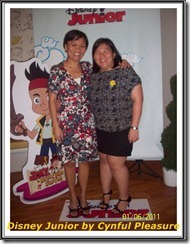 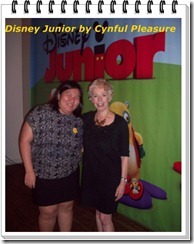 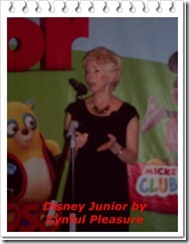 This is Nancy Karter… 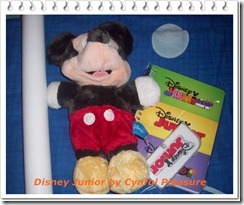 In our goodie bag… 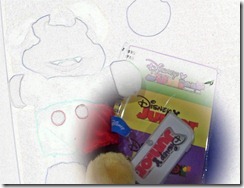 AND Finally… we had a group photo.. 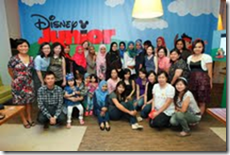 This is not all… We are going for a family outing next week… 2 July 2011!! Anyone else will be there?

Posted by Cynthia at 9:26 AM 3 comments: Links to this post

I received an invitation to attend this special event with other mommy bloggers.  I was excited, and this is the first ever time that I spend a night out without Princess! muahaha…

I set off work at 5pm sharp, and took a cab to Bangsar and arrived at 6.30pm.. still early, therefore I went to my ‘ex’-hang out place, aka Starbucks Bangsar Village 1 for a cuppa!  It’s nice to sit around having my favourite coffee without tagging Princess.. Now I know why mummies need “ME” time too!

Next, I walked over to Marmalade, Bangsar Village II for the event.  I was early, therefore I have a nice pleasure time taking photos around, and also having some time to chat with other mommies.

This special event was all about the upcoming new channel on ASTRO 613, Disney Junior, a new channel brand which replaces the Playhouse Disney brand and will be coming soon on 11 July 2011. 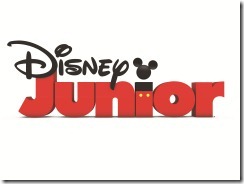 The new line up of the Disney Junior shows are as follows:-

Jake and the Never Land Pirates (11 July, Monday at 1pm)

Did You Know…
that David Arquette is the voice of Skully, Jake’s lookout parrot?

The Hive is about the everyday things that concern little children such as playing, being friendly, spending time with your family and finding out all about the world and how it works. And thanks to the Bee family's friends and neighbors including Miss Ladybird, Katypillar, Willy the Wasp and Queen Bee, The Hive is always bustling with fun, adventure and lots of exciting things to see and do.

Experience Disney's astonishing all-new movie about the true power of faith and friendship. Bursting with excitement and imagination, Tinker Bell and the Great Fairy Rescue is magical entertainment for the whole family. You might even learn to fly.

Other new offerings include Minnie Bow-Toons, a spin-off from Mickey Mouse Clubhouse where Minnie plays a variety of different roles, from party planner to tour guide and beyond.

You and your kids can also look forward to new shows like Doc McStuffins, who heals stuffed animals and toys in her backyard clinic; 7D, short-form animation based on the original Seven Dwarfs; and Oki’s Oasis, the first Western-themed animation for preschoolers.

More photos on some of the upcoming shows above.. 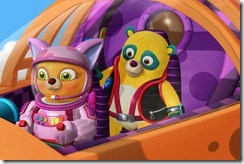 Nuffnang Premier–Hoodwicked Too! Good Vs Evil

Remembered I blogged about my love hate feeling with Nuffnang?  Read here…

So, we were all ready to watch this movie.. 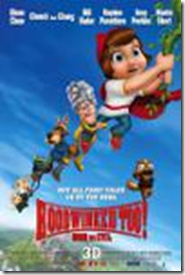 On the day of the event, I was there way very early!! The invitation says tickets will be given out at between 8.30pm to 9.30pm.  We arrived at the Nuffnang table at approximately 8.00pm, and noticing no one is queuing!  We are the 2nd in line, and after waited for half an hour anticipating for the counter to open, it was late! By the time the PIC from NN arrived, the crowd was already piling! 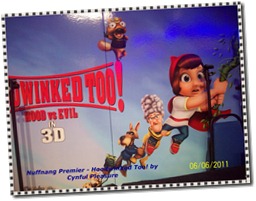 A big poster at the NN redemption counter..

After collecting our tickets, we headed to find FOOD!! We waited empty stomach for that 45 minutes, and we just dashed to find food.  Had our dinner in Popeye! 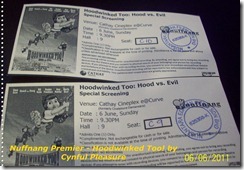 Sharp sharp at 9.30, we went into the cinema again, taken our seat and the show start!

Synopsis: Red Riding Hood is training in the group of Sister Hoods, when she and the Wolf are called to examine the sudden mysterious disappearance of Hansel and Gretel.

I would say thank you to NN for the tickets as I will definitely pay for movie like this.  One should not be too high expectation on movie that is FREE!  I have no words to describe this and only look forward for the end…

Thanks Nuffnang again for the free tickets and we had the ‘chance’ to sneak out for a reason..

Posted by Cynthia at 1:47 PM 3 comments: Links to this post

I don't know this blogger personally. It was a blog link shared by my colleague at work. He is a cancer patient, and he wrote about this treatment journey for this killer sickness.

If you are free, drop by and give your words of courage..or should you need any information about this decease, you may also drop by..

Visit HERE and give a pat on Nick's shoulder.
Posted by Cynthia at 12:13 PM 2 comments: Links to this post

I got this at the top of my blog!!

This is to remind myself how much more time I need to 'tolerate' the current situation.. and also see the champagne and a lady dragging the trolley bag? It's a very significant symbols of me now!!
Posted by Cynthia at 9:22 AM 3 comments: Links to this post

I recently read a lot of 'rant' on food prices increase due to the increase of sugar, power, gas and etc..

When I was attended the Kleenex Mom's Day Out weeks ago, I was asked by one of the attendees that how do I adjust to the increase of pricing of sugar since she got to know I am into Cynful Pleasure now.  Well, basically I can only have 2 answers:-

1)  I reduced the amount of sugar I needed and not losing any of the quality of the pastries (YES, some baking products need to have that amount of sugar in order to have a good quality)

2)  If I am at the wits end of adjusting the sugar amount, I will surely pass the cost to the consumers.

However, from the current point of sugar price increase, it will not lead to an increase of price in my bakery products, but I am earning lesser for sure.  Well guess many outside are not willing to earn lesser, and take the opportunity of any price increase to increase their earnings too!  It's sad to see we consumers being taken advantage by all these 'economic' reasons.

It keep me thinking... when almost everyone increasing their price, but not the wages / salary, how to these sellers get their business?  Or most of these business owners are thinking of making 'fast' money by earning a chuck and that's it?

I myself has not got significant salary increment since years ago...tell me what do you think?  If everyone increasing the price of all commodities but not your salary, what is your alternative? boycott not eating out?  no shopping? stay home all the time?
Posted by Cynthia at 2:23 PM 3 comments: Links to this post

I just had a love-hate feeling with Nuffnang!

I laughed when I wrote the title!

The whole incident started when I joined the contest in the Nuffnang Movie Premier, I didn't anticipate that I will win!  (now, did you ask me why I joined if I don't want to win right)?  LOL!  Anyway, when I posted my comments, it was already way too many people putting their entry, so it's just try my luck!

To my delight, I received an email to inform me that I have won myself 2 tickets to the premier and of course I am over the moon with this news.. Finally I am able to do my first Premier, and of course taking Princess for her movie outing next week.  I received that email and I read it through my phone, therefore the 'instructions' for RSVP was not very clear.  In actual fact, I was supposed to click on a link to visit a 'confirmation page' but I just reply the email (which is a common action).

I was asking around who else will be going, and out of a sudden, I received an email stating that due to the reason that I did not confirm my reservation, my invitation has been revoked!! Can you imagine my shock-ka-ling-gam?  I quickly wanted to click reply, then I noticed that the email address carry the name 'noreply'... and then I realised I am a bummer myself!! Haiz... Why la so ma fan to win a premier tickets ah?

I raised and feedback to Nuffnang on this matter.  I was informed that they needed winner to click on the link to have their 'information' recorded however to me, it's a real lots waste of 'energy'.  They are only inviting 65 people, but they are not tracking the reservation record via emails but a 'link'.  haiz...

I am now again over the moon, as I have just received the email that I am still eligible to confirm my attendance! and YES, I will be watching Premiere Screening of Hoodwinked Too: Good vs Evil next Monday!!


Thanks Nuffnang! and of course I do hate you in the beginning for revoke my invitation as that would involve me being a 'lying' mummy for not able to bring Princess to movie!  LOL!
Posted by Cynthia at 11:43 AM 5 comments: Links to this post

He asked to 'remove' the posts

Remember yesterday I wrote about the excuses?  And for the last excuse, he claimed that he is going to terminate his house number as he is using that for internet purposes when I asked him to let me have his home number!! My goodness gracious.. see how 'good' is he in creating excuses?
This morning while I am coming to work, I received a call, and he actually got the guts to ask me to remove my posts on my situation.  This is the first time I have been so 'lose face' while taking a cab.  I basically blast at him telling him that he has no right to ask me doing so, even if i want to do that, it will have to wait till he finishes all the payment on the money owe to me!
He then asked how much more should he pays me? oh... I just put up a Lilypie tracker (if you noticed on the top of my blog) that I still have more than a year to tolerate this kind of 'nonsense'!  And he wanted to pay me ALL!!! Wah, to me it's such a good news.. I can't wait for GOD to grant me this kind of wish.  At least if he pays me fully, I can buy a little car and need not take cab to work everyday! yeah yeah!  *Dear Lord, please grant me this wish, and spare me out of this agony soon*
I told him boldly that if he continues to 'torture' me with the nonsense, it will have much more for me to write, and more for my readers to read!  Bring It On...
Posted by Cynthia at 1:55 PM 9 comments: Links to this post