Sofia the First Once Upon A Princess 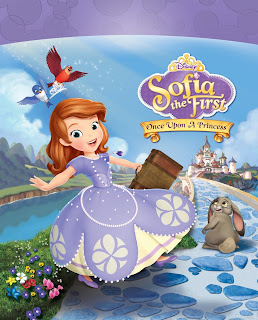 Sofia the First Once Upon A Princess, an animated television movie premièring a few Sundays ago on the 19th May 2013!  Guess what, my dear Princess wannabe sit through the show and watched patiently!  This movie was recorded in my Astro PVR too!  Now I think I will be watching this movie over and over again... but I'm glad that this will be a whole new 'princess' movie that belongs to Princess generation, rather than her watching those that I like..

Of course, to begin Sofia journey to be a royalty, she got tips from the common Princess, Cinderella.. From the movie, there will be some past characters appearing like Cinderella and the fairies that appeared in Sleeping Beauty.    Just like us, we need guidance from others too... 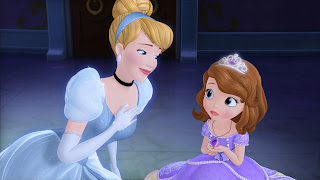 Sofia will have to learn from scratch how to be a royalty, and also to mix around with them.  She will also has 2 step-siblings, Amber and James (oh, my girl say James is very 'handsome')! OMG... 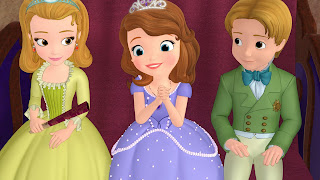 Sofia has 3 new animal friends in the movie, whom she can communicate with them!  These little creatures helped her understand that being a Princess is not that difficult anyway but displaying honesty, loyalty, courage, independence, compassion and grace is what makes one truly royal. She is such a gentle, which I don't mind letting Princess watched and follow.. :) 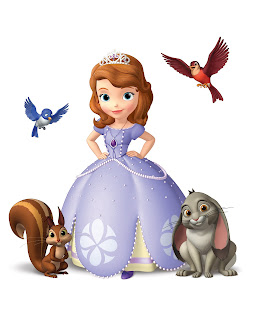 Sofia needs to learn how to adapt to her new environment, new friends, and even new way of life, however this will be good as a guidance for kids as they learned from it.  Sofia can be a good example on how to deal with it.  Sofia didn't get her 'princess' journey easily however she did not gave up as well.  She will always has her mum to fall back if she needs comfort too! 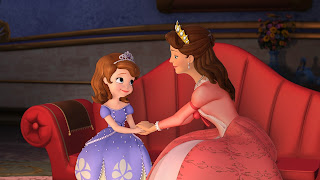 We are also viewing the special webpage set up for Sofia the First Once Upon A Princess, and you get to have all sorts of creative work that you can use if anyone feel like getting a feel of royalty.  Kids can get creative, creating and personalizing their own prince or princess avatars with the Royal Me game, dressing up Sofia’s room or just having fun with the many activity pages and videos available on the site.

If you once chanced upon this movie again, let your children watch it.. NICE... Last but not the least, let me update a photo of my Princess..with her Princess outfit!! LOL 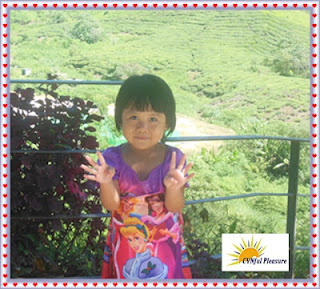 Some other info on Sofia the First Once Upon A Princess:-

Craig Gerber ("Pixie Hollow Games") developed the movie and serves as co-executive producer and story editor. Jamie Mitchell ("Special Agent Oso") is executive producer and director. John Kavanaugh ("Winnie The Pooh: Springtime with Roo") serves as songwriter/music director and Kevin Kliesch ("Tangled Ever After") is the composer. "Sofia the First: Once Upon A Princess" is a production of Disney Television Animation.

Posted by Cynful Pleasure at 12:55 PM

Thanks for visiting my blog and leaving me comments.. I really appreciate all your visits!