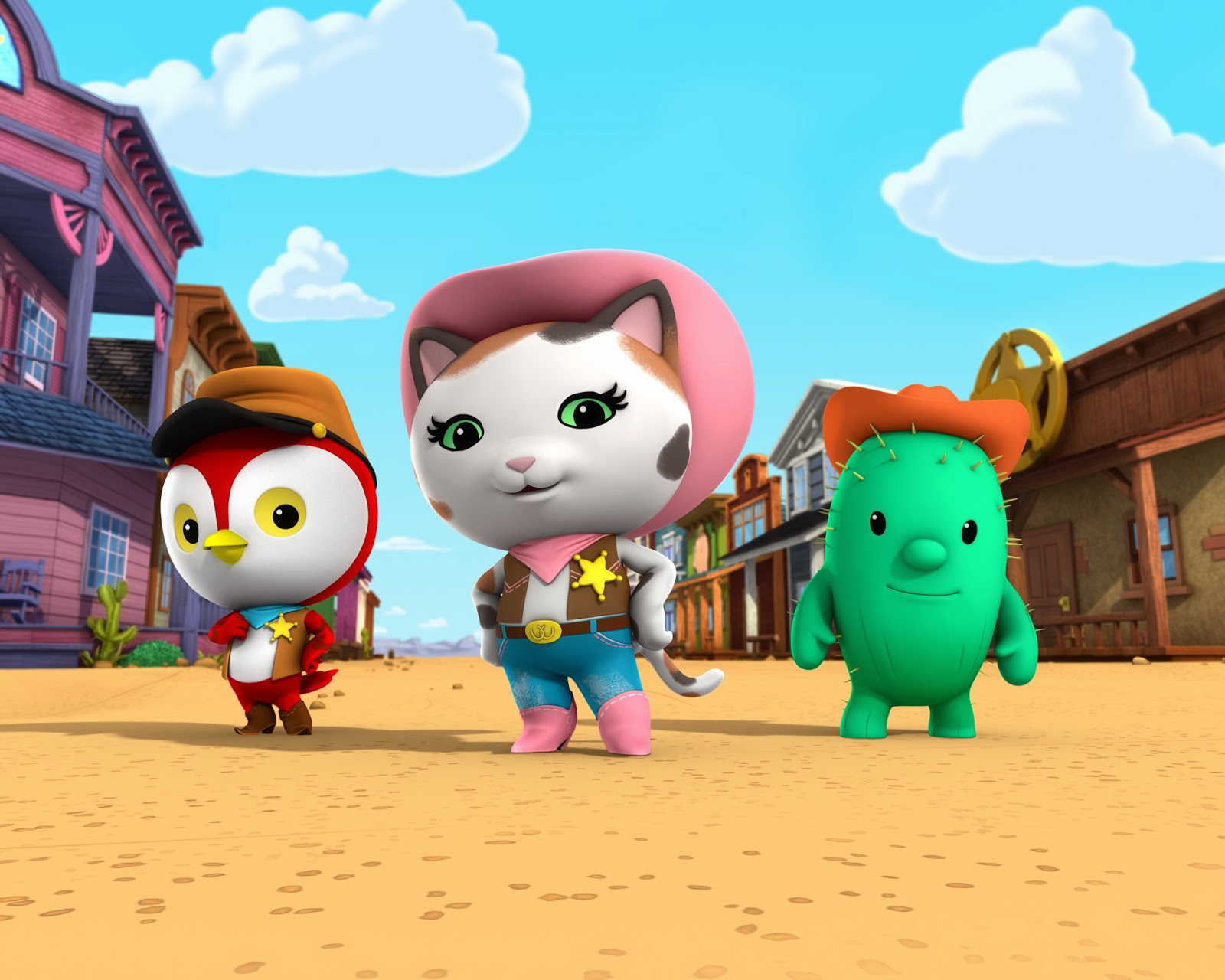 There is a new cat in town on Monday, February 24th at 1pm, and thereafter everyday at 1pm.  The cat name Callie, a Calico cat sheriff who keeps the peace in her frontier town of Nice and Friendly Corners using her magic lasso and cowgirl know-how. Both myself and B watched the first episode at home on Monday and it finally attract her to sit down and watched a full episode of a cartoon! (yes, B seldom really want to watch cartoon or kiddies series).  She says the cat very cute! For me, I like the voice of Callie (by Mandy Moore). 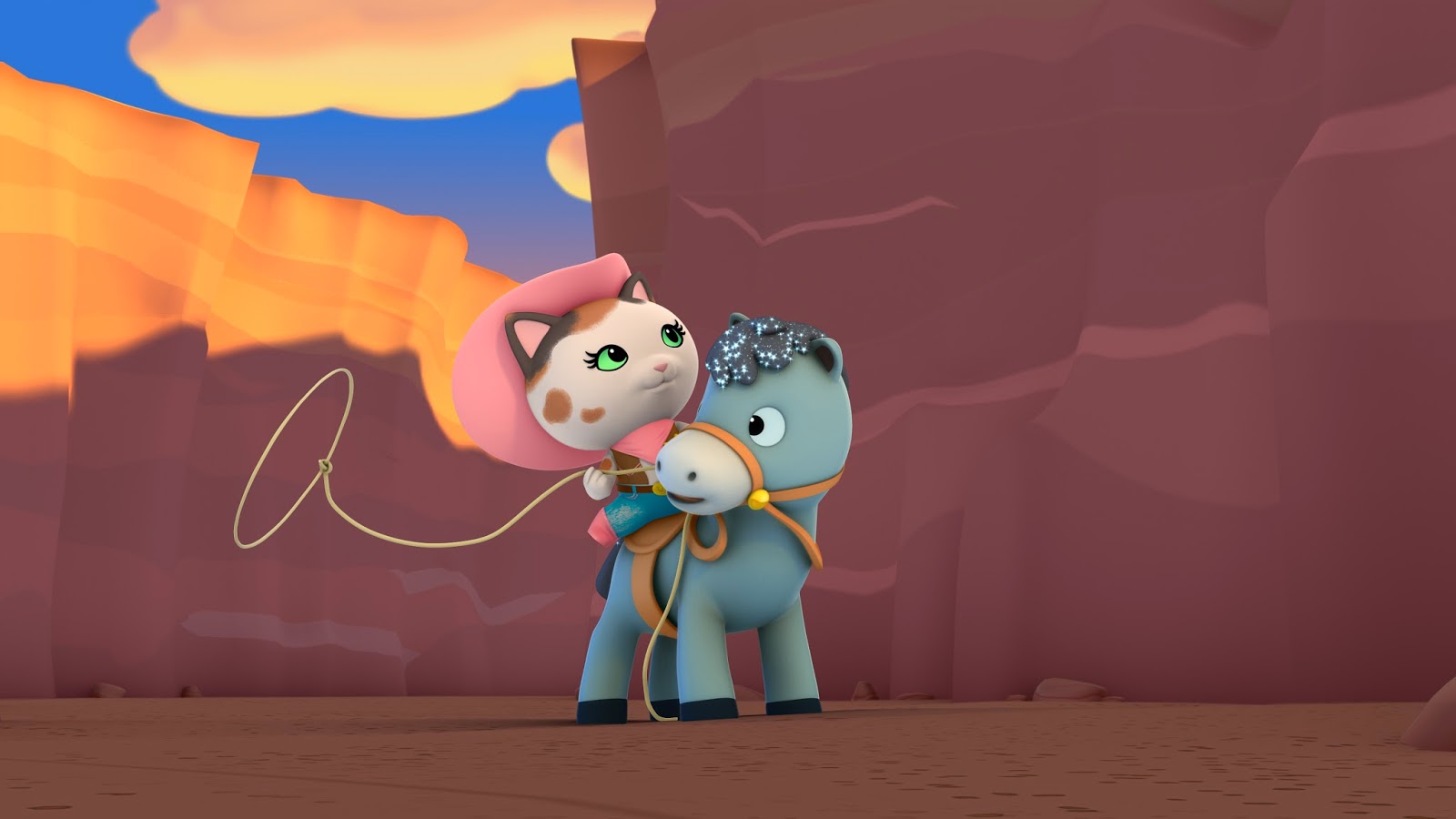 This series taught about love, forgiveness, keeping peace and so forth living in a neighbourhood.  Callie has a group of friends, Deputy Peck (by Disney's High School Musical, Lucas Grabeel) and B adores Toby, a sweet-natured cactus sidekick of Callie (by Jessica DiCicco - Disney's Gravity Falls). 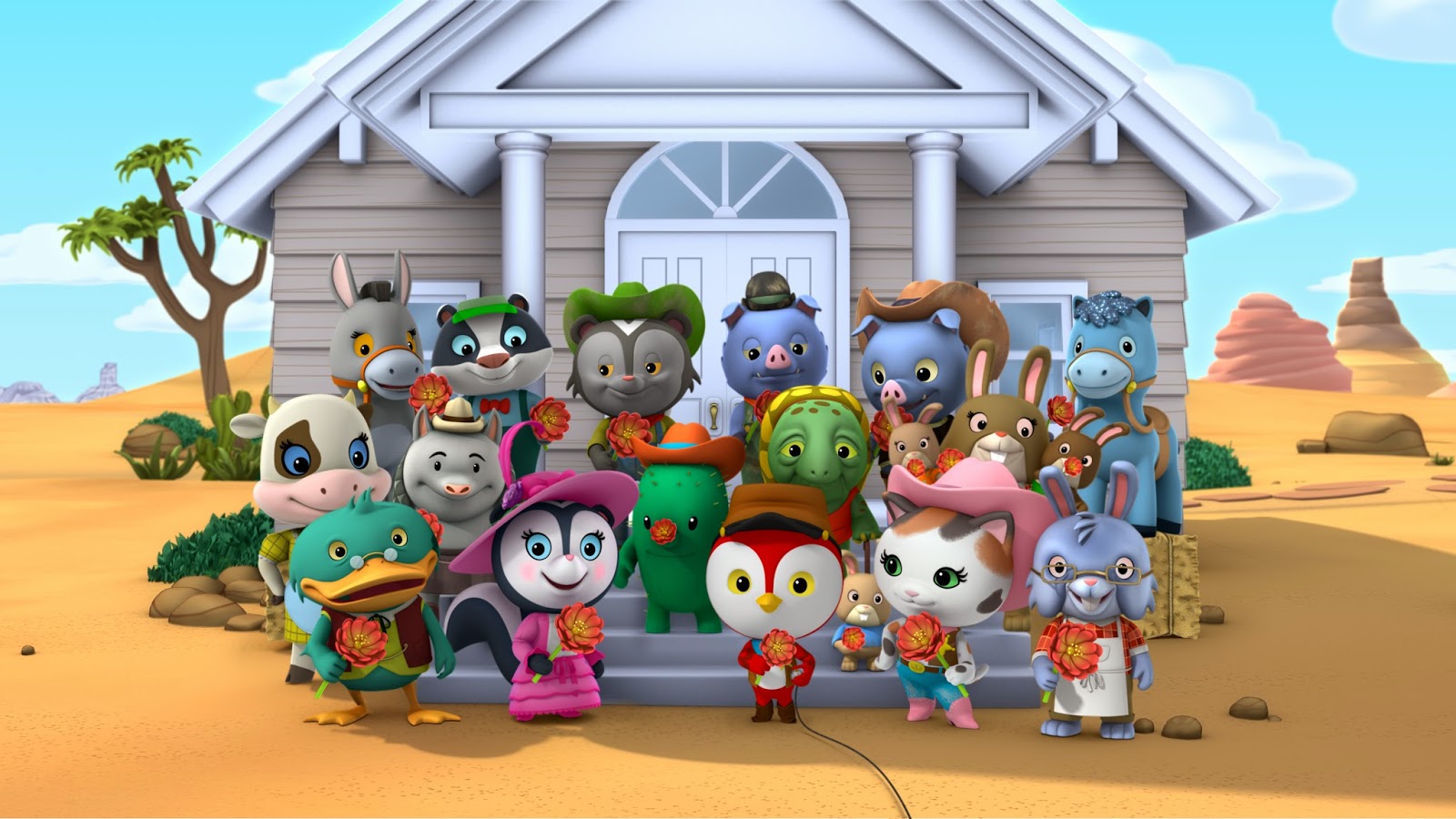 As this is like a 'cowboy' show, the backdrop is set against a colourful Old West and the music in the series are also very nice.  Each episode will have two memorable original songs that highlight and enhance the story. With a thematic emphasis on country-western tunes, the series pays homage to classic Western films and cowboy musical revues with songs including ‘We're Gonna Clean up This Town’ and ‘The Cowgirl Twirl’. An adorable trio of singing prairie dogs pops up to perform little ditties throughout each episode, emphasizing the lessons that are being introduced and providing a comedic transition between scenes.

Oh not forgetting the pink skunk in that picture by the name of Priscilla Skunk.  She is one that had B laughed her heart out that day when we watched on Monday.  As the airtime is when we are both out of the house, we will come back to catch the series later in the evening.  It's a good time we spent, and B is enjoying this for now.

So Daddy & Mommy, if you got time and having Disney Junior (ASTRO Channel 613) at home, do tune in for this series. 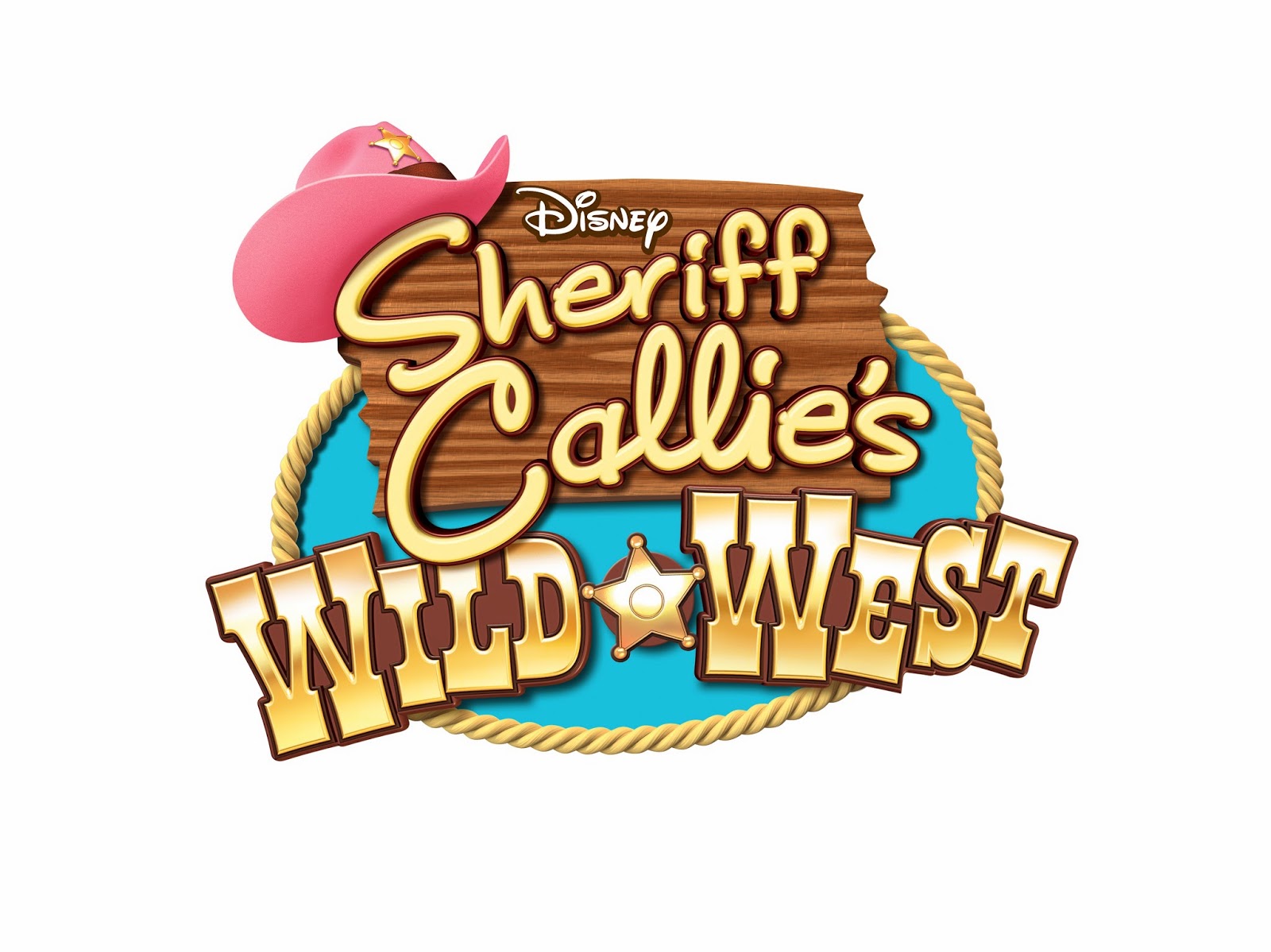 Sheriff Callie's Wild West was created by Denis Morella and George Evelyn and developed for television by Holly Huckins, the team behind Disney's ‘Higglytown Heroes’. Morella, Evelyn and Huckins also serve as executive producers. The composers are Michael Turner and Mike Himelstein (Disney's ‘Mickey Mouse Clubhouse’). The series is a production of W!LDBRAIN Entertainment, a DHX Media company, in association with Disney Junior.

About Disney Junior
Disney Junior reflects the emotional connection generations of consumers have to Disney storytelling and Disney characters, both classic and contemporary. Its programming invites mom and dad to join their child in the Disney experience of magical, musical and heartfelt stories and characters, while incorporating specific learning and development themes designed for kids age 2-7. Disney Junior's animated and live action series blend Disney's unparalleled storytelling and characters kids love deeply with learning, including early math, language skills, healthy eating and lifestyles, and social skills. The official website is http://www.disneyjunior-asia.com.
Posted by Cynful Pleasure at 12:44 PM 1 comment: Links to this post